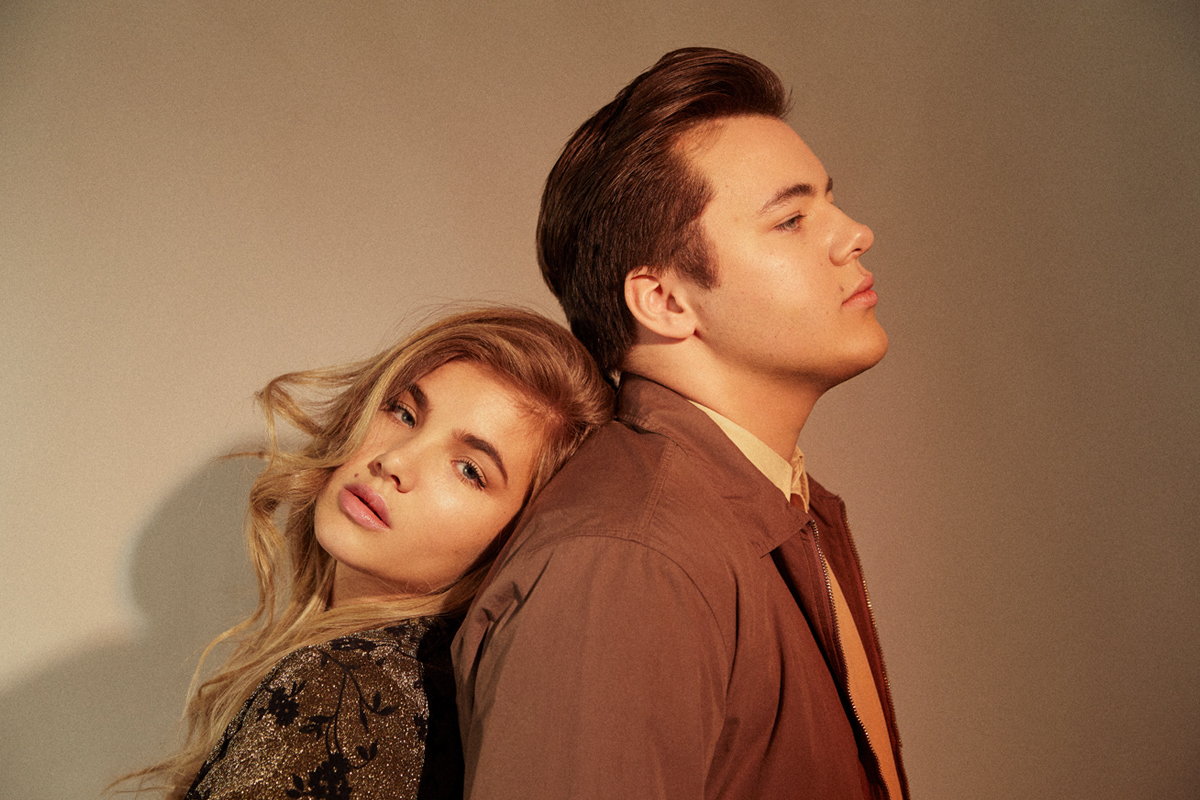 Strandels have come to represent a fresh and organic take on the Swedish pop world. Consisting of siblings Tova and Sixten Strandell, the duo has quickly forged a musical agenda inspired by musical authenticity and the empowerment of traditional pop hallmarks. Uninspired by the buzz sounds of their generation, their mantra that a strong voice and a timeless melody can inspire for centuries continues to stand at the forefront of Strandels’ sound.

For Sixten, music began as an academic plight, with vigorous training and influences such as James Dean pushing the young Swede towards the pursuit of studio sessions alongside friends. Tova on the other hand found her own feet through school performances and a little encouragement from her brother. Her flower child aura and velvety vocal assets proved an essential piece of the puzzle for an act now fast becoming one of Sweden’s most sought-after newcomer acts.

The moment of clarity came courtesy of their debut EP ‘Chance of Rain‘, released in 2016 through Record Company TEN. The EP offered a cohesive introduction to the sibling-duo’s sound, garnering the act more than 1M collective streams globally. Tova and Sixten went on to make their debut UK performances at The Social and at Brighton’s ‘Great Escape Festival’ 2017. Short thereafter Strandels released their single ‘If God Has A Plan’ and the duo completed a summer tour, supporting Swedish artist Per Gessle.

Strandels has continued to surprise with their dynamic brand of pop and a pinch of “flower power” spirit and released ‘Need Your Love’ and ‘Love on Repeat’ during 2019. Both songs were on heavy radio rotation both in Denmark and Sweden. Now with their upcoming debut album set for release in spring 2020, the duo has found their influences by artists such as John Mayer, Fleetwood Mac and the Cardigans. After mainly focusing on writing and aiming to find something honest and truthful, they released their singles ’Slip’, ‘Not My Party’ and ’Breathe It In’ from the upcoming album. Alongside the smooth sentimental feel in their music, ’Slip’, ‘Not My Party’ and ’Breathe It In’ embodies the essence of the Strandels sound, creating an effortless take on authentic pop..