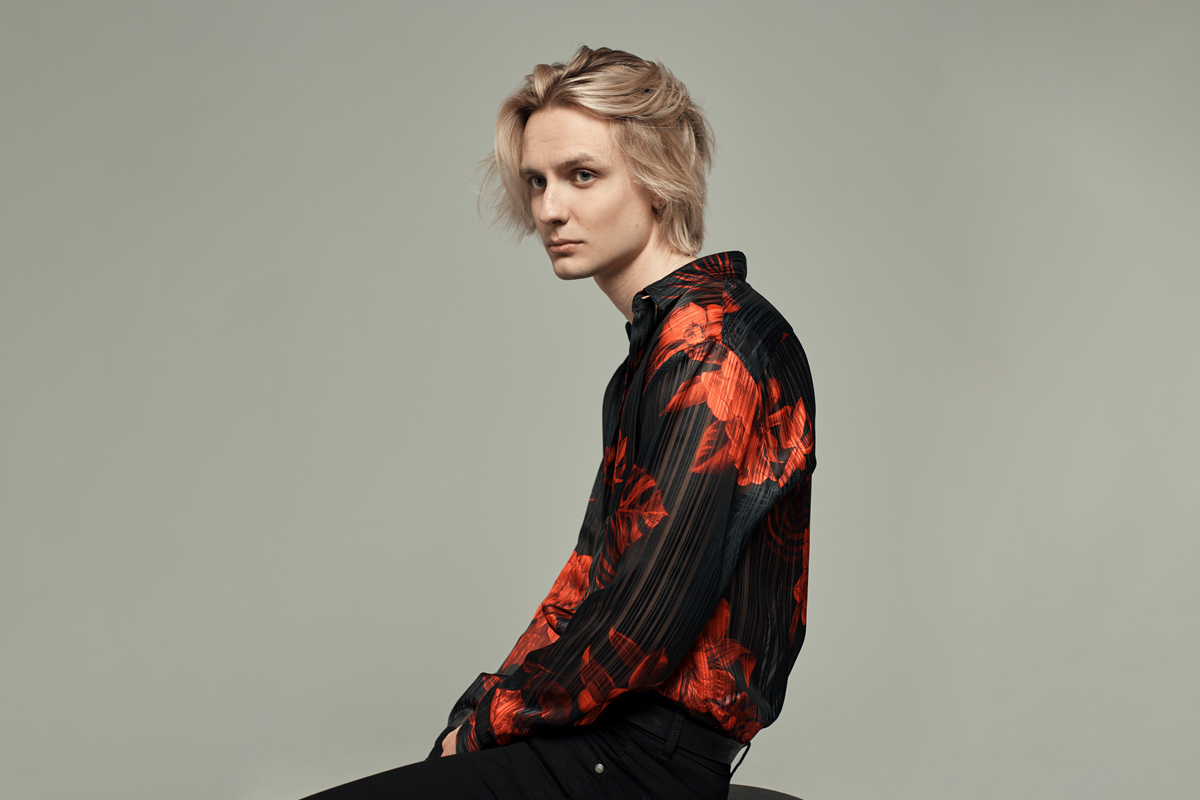 Oscar Enestad is the Swedish artist and songwriter born in 1997 from Stockholm. At the age of 16 Oscar became one of the founding members of Scandinavia’s biggest boyband FO&O. Their very first gig was opening act for Justin Bieber and that same year they got assigned a Swedish Grammy Award as “Innovators of the Year”. Now with over 80 million streams, several awards, sold out US tours and sharing stage with artists like One Direction, the band decided to focus on their solo projects.

After the band split, Oscar spent all of his time in the studio, writing and recording as well as developing his own individual sound. Heavily influenced by artists such as The 1975, Troye Sivan and Years & Years, Oscar’s solo material concentrates on his strong falsetto vocals, personal lyrics and melodic pop. His debut single ‘Heaven On My Skin’ was released in 2018 and demonstrated his undeniable musical instinct for lyrics and melodies and showed the darker side of Oscar. The follow-up single ‘Sign Of My Love’ was released in 2019 as yet another testament of his distinct musical path and talent to describe feelings through music.

In February 2019, Oscar released his third self-written single ‘I Love It’ in connection with Sweden’s biggest TV-show Melodifestivalen. The song went straight to #16 in the Swedish Spotify charts the day after release and peaked as #13 at the Swedish top charts. ‘I Love It’ has a strong message that you have the right to love who you love no matter what and has today amassed over 5.5 million streams as well as reaching Gold certification in Sweden.

After releasing songs in English, Oscar followed up with his first single in Swedish – ’Vi Var Som Inga Andra’. Now Oscar is looking forward to continuing to release songs in Swedish, where he can showcase his talent as a lyricist and artist although not keeping any doors closed when it comes to language or genre. Oscar is more than ready to continue to establish himself as both a solo artist and a songwriter and more music is expected shortly.