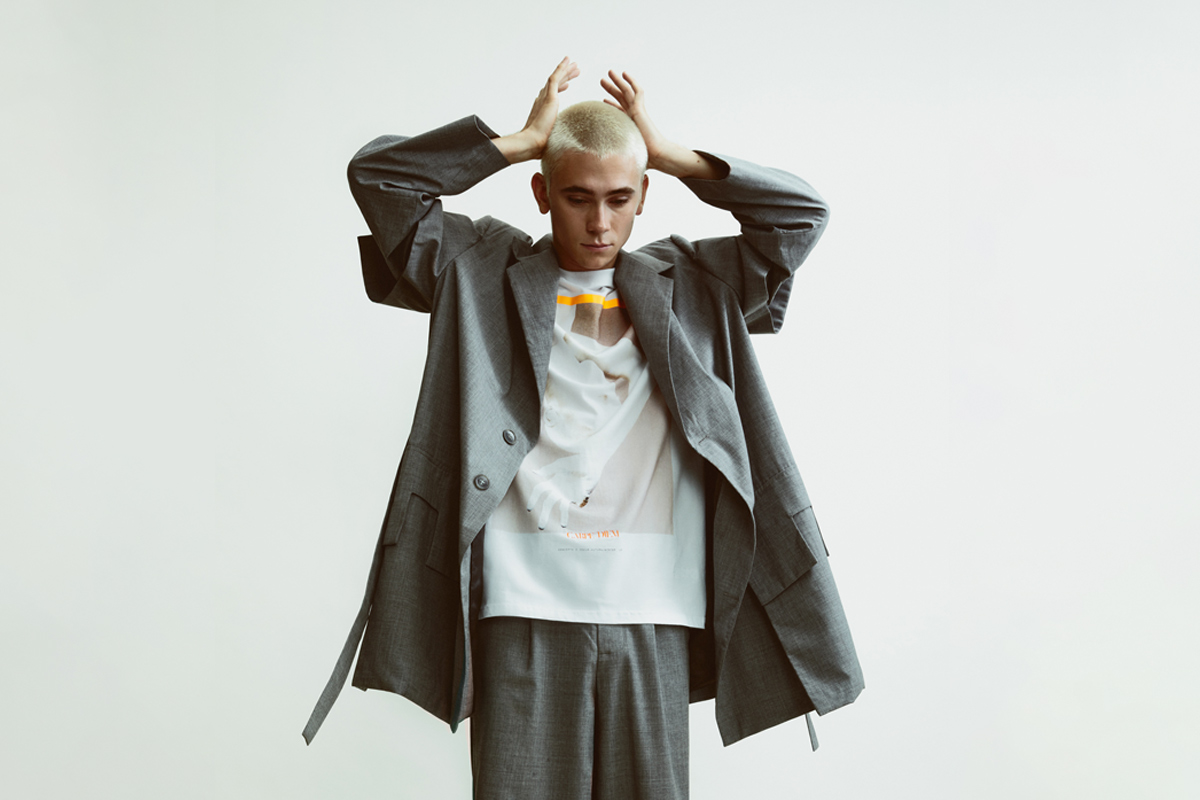 The 21-year old multi-talent FELIX SANDMAN is one of Sweden’s hottest male artists at the moment. With over 115+ million streams, 2x Gold and 4x Platinum, he is both an established artist, songwriter and actor. He started his career in Scandinavia’s biggest boyband FO&O gaining him experience as well as attention with several awards, tours all over the world and over 80 million streams on Spotify together with FO&O.

Since the release of his debut “EVERY SINGLE DAY” which stayed for 4 contiguous weeks as #1 on the Swedish top-charts he has managed to make an impact in the hearts of the Swedish people. The success following the singles “EVERY SINGLE DAY” and “IMPRINT” resulted in him winning the prestigious Swedish award ’Rockbjörnen’ for ’Breakthrough of the Year’.

During the fall of 2018 Felix released his debut album “EMOTIONS”. An album containing every single emotion Felix has felt during the last couple of years and the highs and lows of his personal journey. With this album Felix has progressed as an artist and songwriter and developed his personal voice together with his emotional expression. Being praised by several highly acclaimed tastemakers as well as the public, his songs “LOVISA” and “IMPRINT” have today reached platinum status. “In his debut album, the 19-year-old continues to sing honestly about love. It contains a series of compelling pop songs about happiness, confusion and finally sorrow.” – Aftonbladet.

After the release of his album Felix embarked on a nationwide tour all over Sweden together with Benjamin Ingrosso, following their double platinum hit “Tror Du Att Han Bryr Sig”, getting extraordinary reviews for the show. “During full-blown songs like ”Everything is great” and “Hands on you” it feels like you are in the middle of a sold-out stadium.” – Aftonbladet.

Writing with songwriters such as Erik Hassle (Kygo, Shakira, Backstreet Boys), Madison Love (G-Easy & Halsey, Ava Max, Camila Cabello) and James ’Gladius’ Wong (Justin Bieber, Bea Miller) Felix has found his own sound and musical expression. Following his debut album he has since then released another collaboration together with Benjamin Ingrosso called “Happy Thoughts” which they have performed all over Sweden, as well as his singles “SOMETHING RIGHT” and “MIDDLE OF NOWHERE” – all of which are acting as a taste for a new era of forthcoming music by Felix. During the summer of 2019 we also got the chance to see Felix as an actor, as he played one of the leading roles in Sweden’s first original Netflix series “Quicksand.” The show was embraced by highly acclaimed tastemakers and people all over the world and Felix also landed one of the biggest roles in the first original Norwegian Netflix series “Home for Christmas.”

Now with several tours, a gold certified album and over 115+ million streams on Spotify, Felix just released his new single “BOYS WITH EMOTIONS”. A minimalistic up-tempo song with a strong lyrical message that boys should be able to express their feelings. With both ’Quicksand’ and ‘Home for Christmas’, as well as more music on the way after latest single ‘BOYS WITH EMOTIONS’, Felix is gaining international attention at the same time he is becoming one of Sweden’s biggest artists at the moment – and there is much more to expect from this young natural talent.